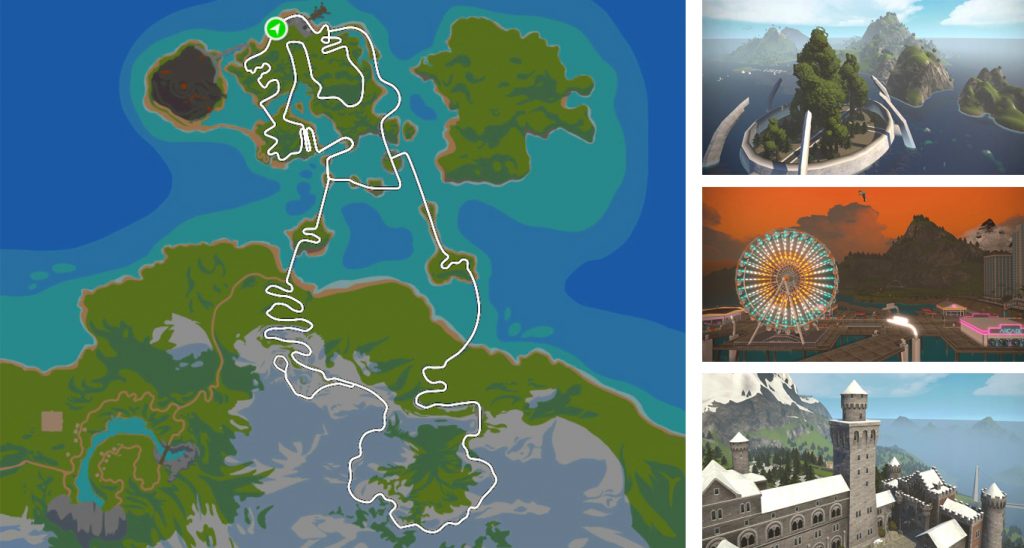 Here is the one you’ve been waiting for — the Tour of Watopia finale. If you have completed stages 1 - 6,  this is your final challenge. It’s also the longest. Covering 45 miles // 72.4km, be prepared to spend some serious time in the saddle to complete this epic route.

The Pretzel is the 3rd longest route in Watopia. Only the Mega Pretzel and the Four Horsemen are longer.

Some Zwifters even call the Pretzel, “Pretzhell” because it’s such a beast. You traverse the Epic KOM in both directions and climb 4,463 ft // 1,360 m

During your first pass on the Epic KOM, you ride in a clockwise direction and head to the Radio Tower. Test your legs and lungs on the 17% max incline before heading down towards downtown Zwift. You’ll pass through Watopia’s rolling hills before hitting the Epic KOM one more time. Our tip?  Take it easy on the main island, so you have something left in your legs for the 2nd half of the route.

Whether you choose to race or cruise the last Tour of Watopia stage, be sure to take in the roads your riding with some of our favorite design features and landmarks en-route. 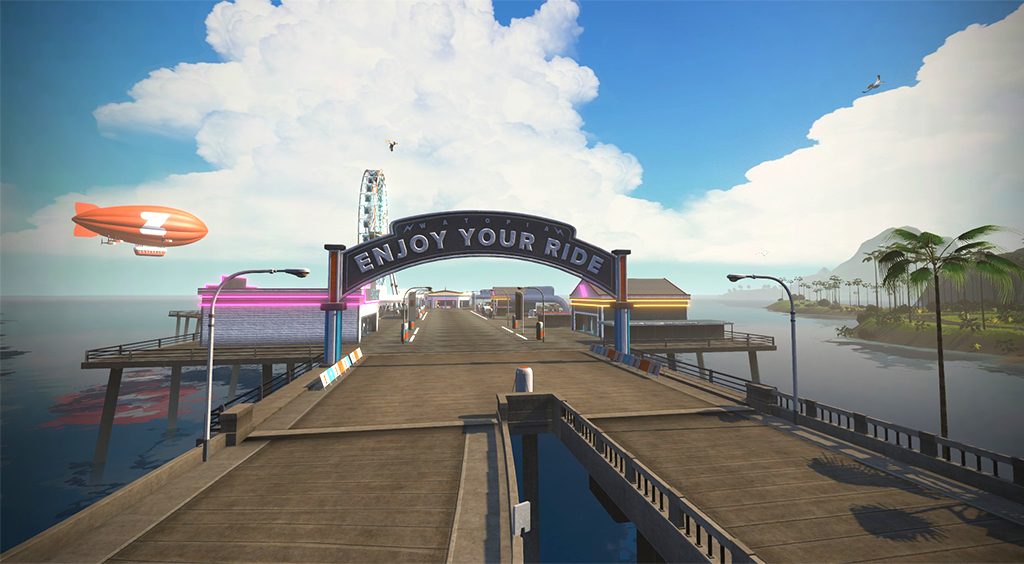 The Heart of all Events - The Watopia Pier

The pier at the beginning of the Tour of Watopia is a visual mash-up of the most impressive aspects of the piers in Santa Barbara and Santa Monica.

The pier is the starting point for all events. So it had to look great while you waited in the pen. More details mean more polygons and that translates into massive memory suck. When an event is about to start with thousands of Zwifters on the pier,  this warm-up area is the most memory-heavy feature in Zwift. That’s why the pier is always under construction — we are constantly tweaking this balance of detail and memory load. 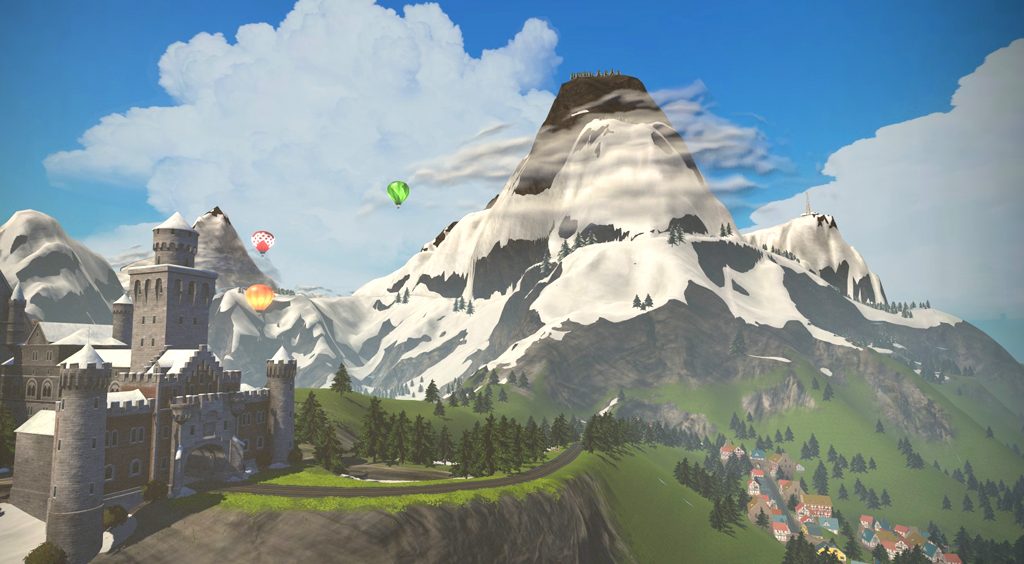 The most used terrain on Watopia  - The Epic KOM

The Epic KOM is the home of the first mountain range in Watopia.  Like a great ride in the Rockies or the Alps, the range includes ski lifts and alpine village. A mountain castle adds a European feel.

Gondolas are common in many of the great of mountain ranges. These lifts in the game come in and out of view as they travel up the backside of the mountain. The gondola cars move day and night, bringing life to the mountain.

The best way to see this movement is from the gondolas top terminal. To get there, climb the steep radio Tower climb. It’s a grind, but the reward is the best aerial view of Watopia.

Want to see more? On one side of the mountain, you’ll pass through a castle modeled on Germany’s real-life Neuschwanstein Castle. On the other side, you’ll see more humble alpine digs, making it feel like a true ski town.

The Goat will greet you at the Epic KOM climb arch. Consider this a visual reward for bagging the peak. Fast Zwifters also batter for the Goat KOM blue polka dot Jersey.

And you deserve a hearty congrats for finishing this ride. If you’re also completing the Tour of Watopia, our hat’s off to you. Thanks for making it one of the most popular events in Zwift history.