A Father-Son Team, A Dutch National Team and Zwift

One intriguing way or another, every Zwifter can soon follow father-son cycling duo Peter and Martijn Zijerveld. Peter, a 61-year-old former professional rider and Holland’s top Olympic cycling coach, will soon perform the unprecedented: Organize (and participate in) training rides for the Dutch Olympic Talent Team on Zwift’s digital roads. Martijn is a popular Zwift ride leader, a prolific cycling photographer, and perhaps the single biggest reason that his dad decided to revolutionize the way a nation will train some of its top athletes.

“Martijn told me everything about it, but at first I just said Zwift? My riders can do their workouts outside,” says Peter. “Then he talked to me more and more. Martijn told me about all the possibilities.”

The son saw the merits of Zwift well before trying to convey them to his dad. Martijn grew up racing BMX bikes, and now loves to road ride. But because of work and family commitments, Martijn felt increasingly time-crunched. He struggled to ride, as well as to play video games—another one of his hobbies. So when Martijn first learned of Zwift a couple years ago, he quickly hooked up his bike to a smart trainer. He became one of Zwift’s earliest adopters.

“I got to play a video game while on my bicycle,” says Martijn, 35, who works as a senior program manager at Strangelove, an Amsterdam-based digital branding agency. “It was the best of both worlds.”

Martijn soon Zwifted two to three times weekly. He started to lead what is now Zwift’s United Kingdom/Europe-focused Back to Work group ride. He asked his father, a longtime cycling coach who leads the development of the Dutch National Team, for workouts that would make him a better climber on Watopia’s roads. He entered Zwift races.

Martijn attracted a crowd. The Back to Work ride, which rolls along at a rider effort of about 2.5 watts/kilogram every Monday, consistently includes a core group of perhaps 40 riders. Participation sometimes grows to 150.

Zwifters can also catch up with Martijn on Instagram. The former professional photographer fills his “imagehunters” account with shots, many of them taken via iPhone, that capture moments on his outdoor rides. Martijn, who is also a product ambassador for companies including Canyon Bicycles and Café du Cycliste clothing, takes the photos from his rolling bike. He has over 8,800 followers.

“I used to be scared when he took those shots,” says Peter, who still often cycles outside with his son. “I trust him more now.”

But when it came to training some of the Netherlands’ best young cycling talent on Zwift, Peter took longer to believe in his son. Peter has spent a lifetime involved with elite endurance athletics. As a pro cyclist, in the early 1980s he entered the Tour, and completed classics like Milan-San Remo and La Flèche Wallone. He then became one of Europe’s top pioneering triathletes before turning to coaching for his nation’s sports federation. But Peter resisted the idea of his cycling athletes riding indoors.

“I remember training on rollers,” he says. “Very boring.”

However, when Martijn asked his dad for structured workouts that he could use on Zwift, the father became curious.

“He said you can do real training programs?” recalls Martijn.

Fast forward to fall 2016. During November, more than a half-dozen Dutch National Team riders will start to train on Zwift—which makes Peter a pioneer again. His squad will be the first national team to formally train on the Zwift roads. 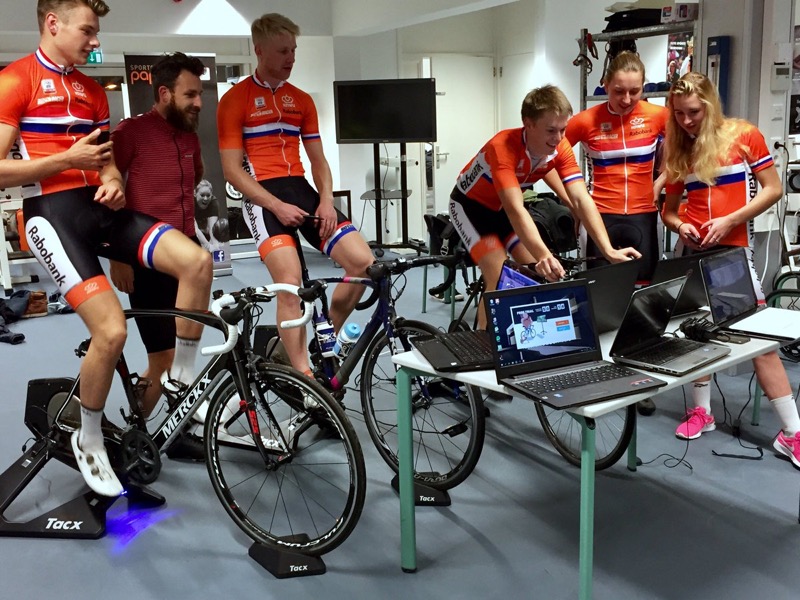 About twice a week, Peter will ask the riders, who are between 18 and 23 years old, to perform the likes of interval work, recovery riding, and even racing on Zwift. Watch for the Dutch Olympic Talent Team—in specially rendered, authentic orange and black team kit—to blast by you. On Wednesday nights they’ll likely jump into new Zwift criterium (short-course) races. 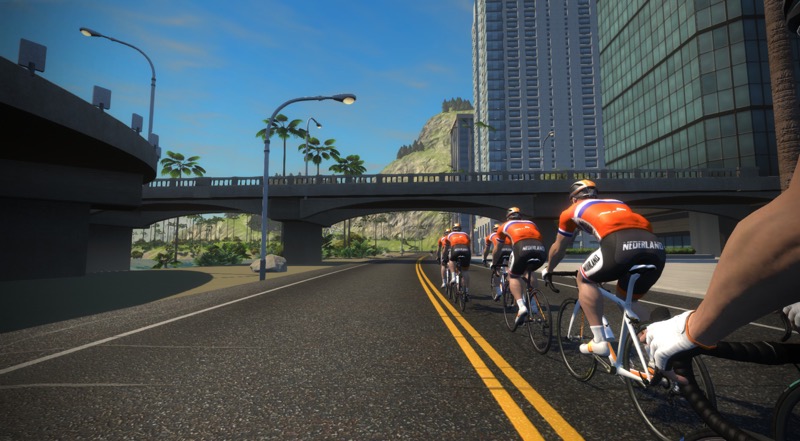 Martijn and Peter Zijerveld may be in those races, too. But the family that so often rides together might not race together. One Zijerveld will probably be ahead—though will it be the father or the son? The elder Zijerveld rides a lot with his athletes.

“Interesting question,” says Peter. “I’d definitely like to beat him.”

3X Ironman Champion Blazes a New Path over 6 years ago