Get a fast start to your training and work week with the Back to Work North America training ride! It’s abbreviated BTW, which regulars have also nicknamed #bringthewatts because of the power the riders are putting through the pedals.

The BTW group ride began with the creation of the event module in Zwift back in February 2016. Ride leader David Lipscomb, known simply as “Coach” by many of his ride regulars, started it at a 2 to 3 w/kg pace range. Soon, that increased to 3.2 to 3.9 w/kg. It’s now a brisk group ride for those who can handle this level of power but don’t want a race.

David recently let us in on the history of BTW and how this group rolls... 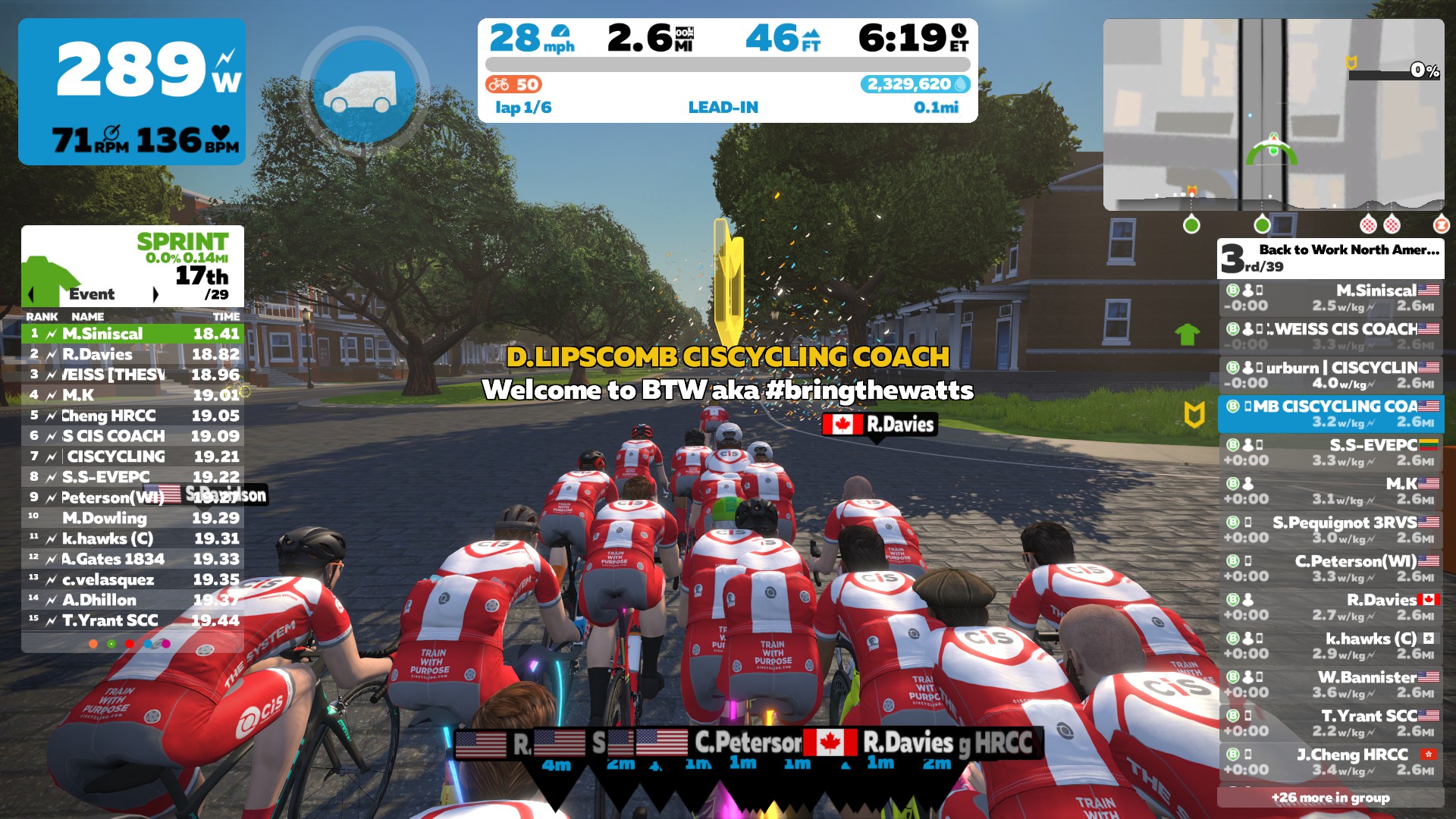 BTW is focused on driving sustained, fast-paced, race-simulating efforts to build Functional Threshold Power (FTP). A-category riders will find a moderately hard group ride, while B-category riders and below will be challenged to build their fitness. Be ready to get to work! 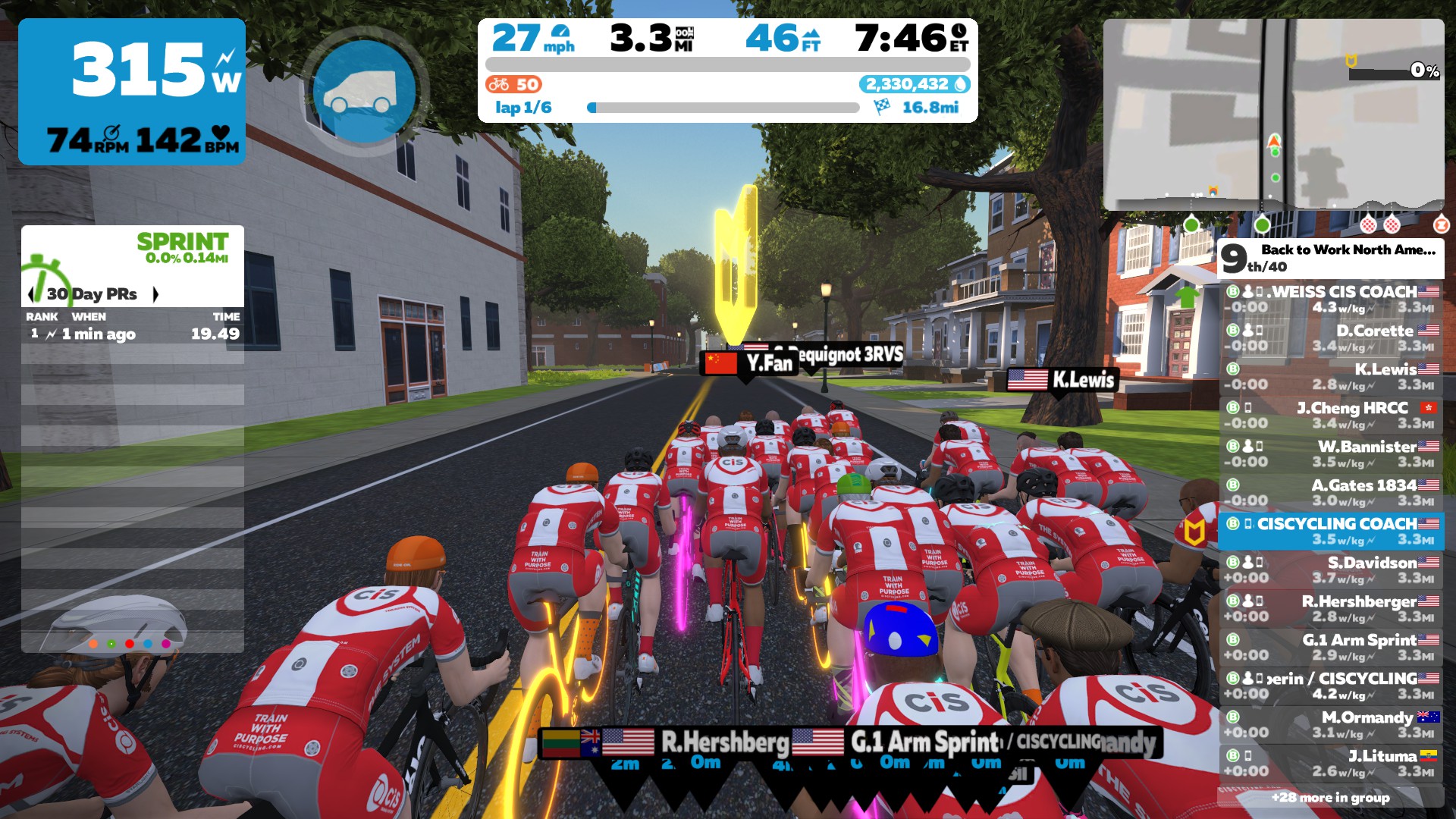 “What makes Back to Work USA aka #Bringthewatts so different is the leadership, consistency, and veteran riders that support it,” David says. “The group polices itself with the many veteran BTW riders from its inception that keep the pace consistent, tight, disciplined, focused and challenging from start to finish.”

David, as the main leader for BTW, gives guidance and encouragement to the riders as they roll along in a steady, fast pack. A secondary leader (who holds the sweeper’s beacon) toward the rear of the group acts as a focal point to “keep riders on their toes.” This is not a no-drop ride, but the group does try to roll together with anyone who can keep up. Anyone struggling is encouraged to stick with the group as long as possible.

Here’s the story of the BTW ride according to David:

“Back to Work USA began in February 2016 as one of the first Structured Group Rides on Zwift. Zwift HQ approached me on the concept of leading a Back to Work Ride USA featuring CIS Training Systems at 2.0 to 3.0 w/kg and asked me if I would like to lead it, and the rest is history. Back to Work USA and CIS Training Systems has become a household name in the Zwift Community for those looking to up their Zwift experience to the next level and beyond.” 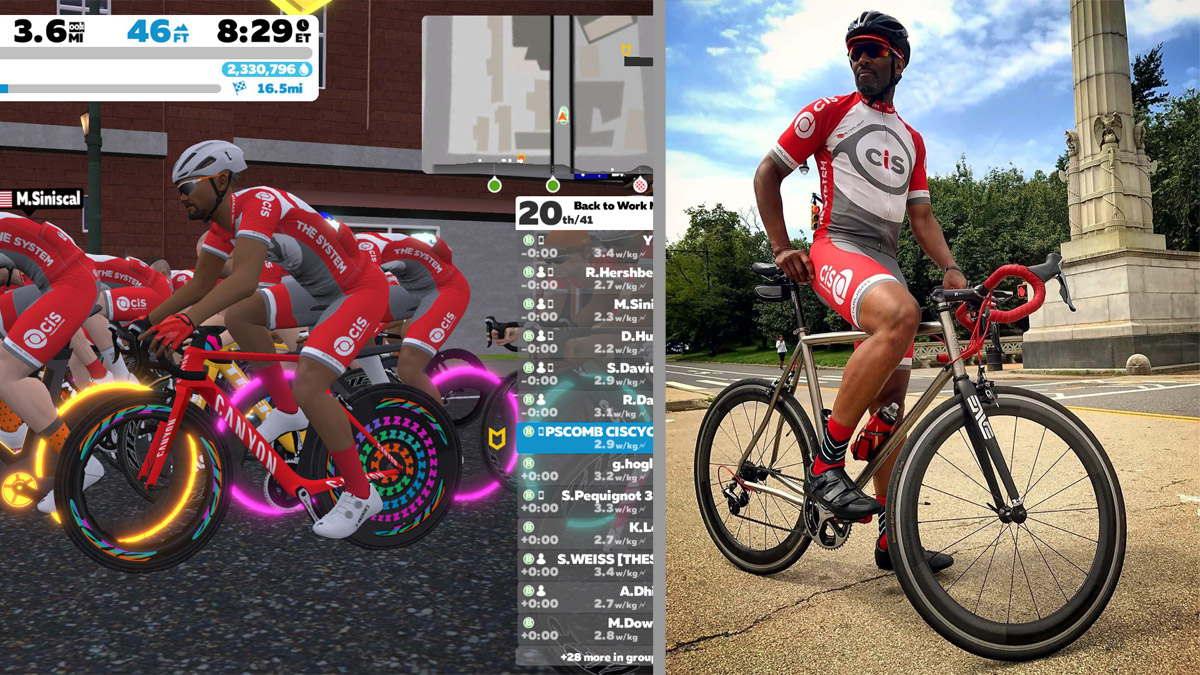 Back to Work North America is led by David Lipscomb, Head Coach of CIS Training Systems (CISCYCLING). David was one of the first five riders in the world to demo Jarvis Island in the proof of concept phase in mid-September 2014, when he was invited by Charlie Issendorf. David pioneered the concept of a virtual “Director Sportif” and successfully coached a CIS Client to win his first KISS race on Zwift in December 2015.

David also leads a ride on Wednesdays at 7 p.m. Eastern called “Wednesday Worlds: CIS Training Systems Group Ride.” That one has a listed pace of 2.7-3.2 w/kg.

For more information about CIS Training Systems, visit ciscyclingnyc.com. To learn more about BTW, you can join the event and try it out!