It began as a morning fasted ride for central Europeans, and it now attracts people from around the world twice a week.

When you set sail with the Vikings Fatburn Ride, you can look forward to a steady captain, a friendly crew, a lively chat and some sprint training for anyone feeling bold.

“Get an early start on the day burning some fat, while enjoying the company of fellow social riders on Zwift,” says Vikings leader Håvard Thomassen. 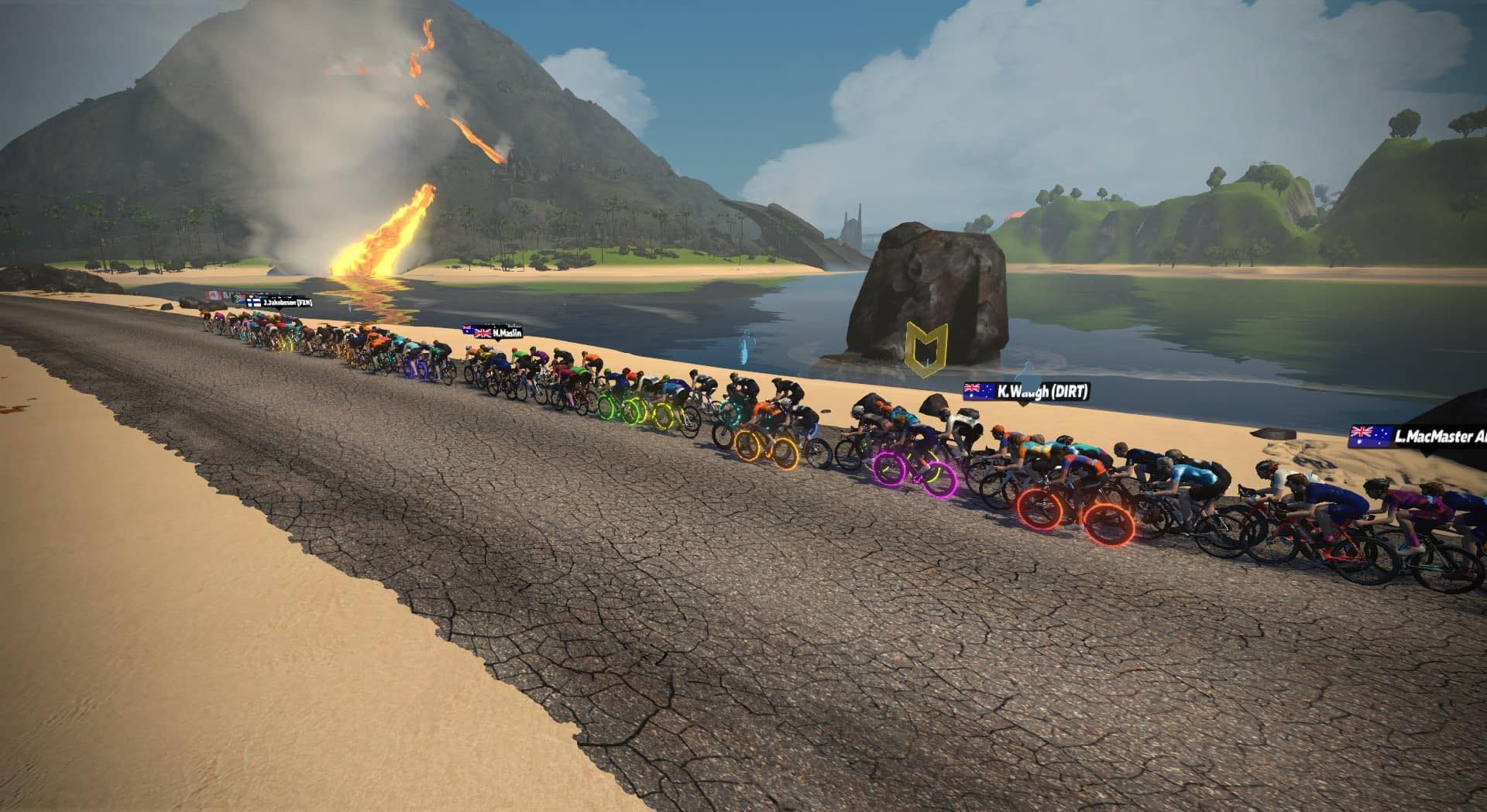 The Vikings Valhalla Fatburn Ride got its name because it targets the “fat-burning zone,” where the body relies more on fat than carbohydrates. Riders are encouraged to show up in a fasted state in order to better burn fat as fuel. The group’s pace will fall within that easy-to-moderate zone for many riders, but it depends on each rider’s fitness level. Some might need to work hard to keep up for 45 minutes, while for others it’s more of a recovery pace.

Throughout the ride, the leader holds a steady 2 w/kg. The event ends after 45 minutes, but that doesn’t mean the fun is over. Riders can continue in the “after party” and ride for as long as they want!

Stronger riders have the chance to get their heart rates up by helping as sweepers. While there are no “official” sweepers on the Fatburn rides, many people do volunteer to help people who are struggling at the back of the group. Those who are in trouble are encouraged to let the group know as soon as possible. The Fatburn rides use Zwift’s “double draft” setting which lets people get a bigger benefit from the draft, thus helping the group stay together. 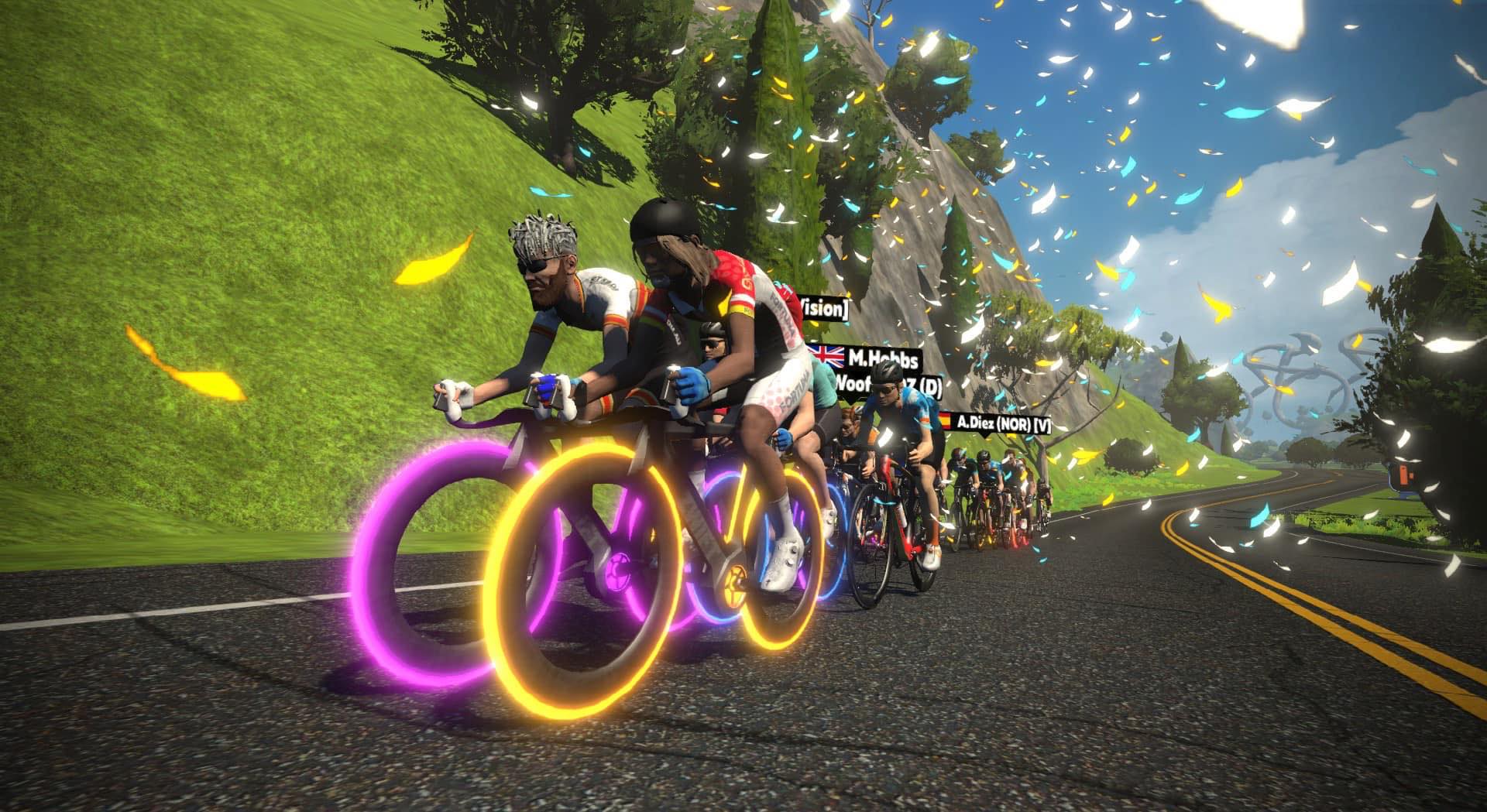 The ride also includes optional sprints. The leaders stay at the advertised pace to help keep the group steady, but they will lift the group ride “fence” temporarily to let people take a quick sprint. It’s best to sprint from the back of the pack in order to get a good “lead-out” in the draft and make it easier to fall back into the group once you’re done.

“What we have found helps burning fat is to have the chat concentrate on food, most often cake,” jokes Thomassen. “What is important though is to have no cake available to eat. That, the scientists say, will hinder our goal.”

One of the biggest things that sets the Fatburn rides apart is their schedule. They’re held at an off-peak time on Zwift. While the group was created initially as a morning fasted ride for Central Europe, they see participants from all over the world and multiple time zones. Some night shift workers in the United States use it as a pre-work ride, the same way the Europeans do. At the beginning, Fatburn started with about 30 riders. Now 220-280 riders join each of its two weekly rides!

“The focus point of all our rides is to ensure a social meeting point for cyclists of all ages and fitness levels,” Håvard says. “We strive to make everyone feel welcome and included and encourage everyone to take part in the chatter.”

The ride leaders tell this tale of the Vikings’ history and creation of the Valhalla Fatburn ride:

“We started hosting group rides on Zwift in November 2018 with our Road to Valhalla on Sundays at 9:00. [The rides] increased distance from 60 km in the start, by 10 km increments, to 160km for the 11th and final ride. After the series was concluded we continued with our Sunday rides, now branded as the Valhalla 100 series, which see up towards 600 riders signed up each week split into two groups.”

“Our president Bill Clinton (no relation with the American president) started the ride and also started the Fatburn rides in early 2019. Having a busy family life, he now has pulled back, leaving his disciples to lead the rides, although he still steps in when needed.”

The primary leader for Fatburn on Tuesdays is Geir Stavdal. He started cycling at the end of 2017 after many years of inactivity and joined Zwift in November 2017. With a family of 4 kids, the smart trainer is a brilliant way to get a quick workout. “When I joined Vikings I wanted to contribute to the team, so I volunteered as lead, and started with the Valhalla 100 Series and then also the Fatburn ride,” he says.

Thursday’s primary leader is Karianne Strønen, who discovered Zwift late 2018 and has fallen in love with the concept and the community. “Leading a busy life with work and 3 kids, Zwift is a perfect way to keep fit and get that boost of energy,” she says. Previously, cycling was mostly for commuting and spinning classes in the gym. But Zwift changed cycling to her number one outdoor activity, with skiing and hiking as runners-up.

For more information about Vikings rides and races on Zwift, check out Valhalla Ride & Race Series on Facebook.