The Dutch Diesel Cycling Group Ride rolls like a truck – a little slow at the start, but once up to speed, it’s a powerful force.

There are actually two of these rides each week on Zwift: one on Tuesday, the other on Thursday. Tuesday's ride is more popular and rolls a bit faster. Leader Erik Hofman says the goal of the ride is “to push riders to the next level in an encouraging environment riding fast as a tight group and avoiding riders off the front." 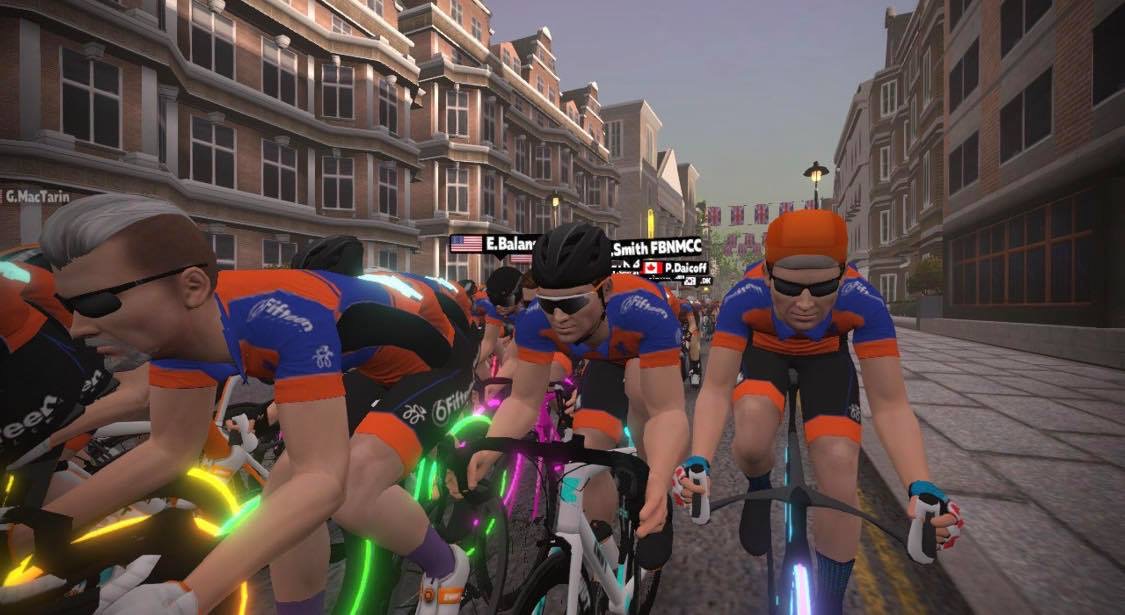 “As the ride leader I keep the pace steady and try and manage the riders up front not to push the pace higher,” Erik says. “The fence is used at 2 seconds to aid in that, but even without the fence we successfully keep a big group of riders together.”

This ride is a “drop ride,” meaning that the group will not slow for dropped riders or try to help them get back on. There is a co-leader with the red sweeper’s beacon who rides at the back, but that person doesn’t fall behind to “sweep” riders to the group. They’ve found that the pace is often too high for the sweeper to bring dropped riders back.

“We encourage and challenge riders in a way that doesn’t turn them off, but makes them want to come back for more,” Erik says.

The group first started in January of 2016 as a ride for “Clydesdales,” a nickname for larger or heavier riders (the term “Athenas” is sometimes used for women). According to Erik, the first ride only had one other person! Here’s what he says happened next:

“We quickly started to grow, and Mike Wepplo was a regular that became my backup leader, taking the B group if we split apart. This was all on Richmond as that was the only flattish course, and we would ride 30 miles, no beacons, no event module, all organized through a Google calendar. When the event module started and we got our own kit in the game, we grew bigger and bigger, and we renamed the rides to Dutch Diesel Cycling rides as we had many non-Clydesdales riders and we felt it was holding back riders from joining us.”

Erik Hofman is the main leader, owner, and founder of Dutch Diesel Cycling. He started the Tuesday ride. The “red beacon” co-leader for this ride is Gert Boer.

If you want more information on Dutch Diesel Cycling and their rides, be sure to visit their Facebook group.