Innsbruck-Tirol, our latest and greatest course, is now officially open! Hop on Zwift and ride into the heart of the Austrian Alps, exploring fresh road and new terrain. The alpine region plays host to the 2018 UCI Road World Championships, the biggest stage in the world of road cycling. Come late September, hundreds of time trialists and climbers will fight for the iconic UCI rainbow jerseys. 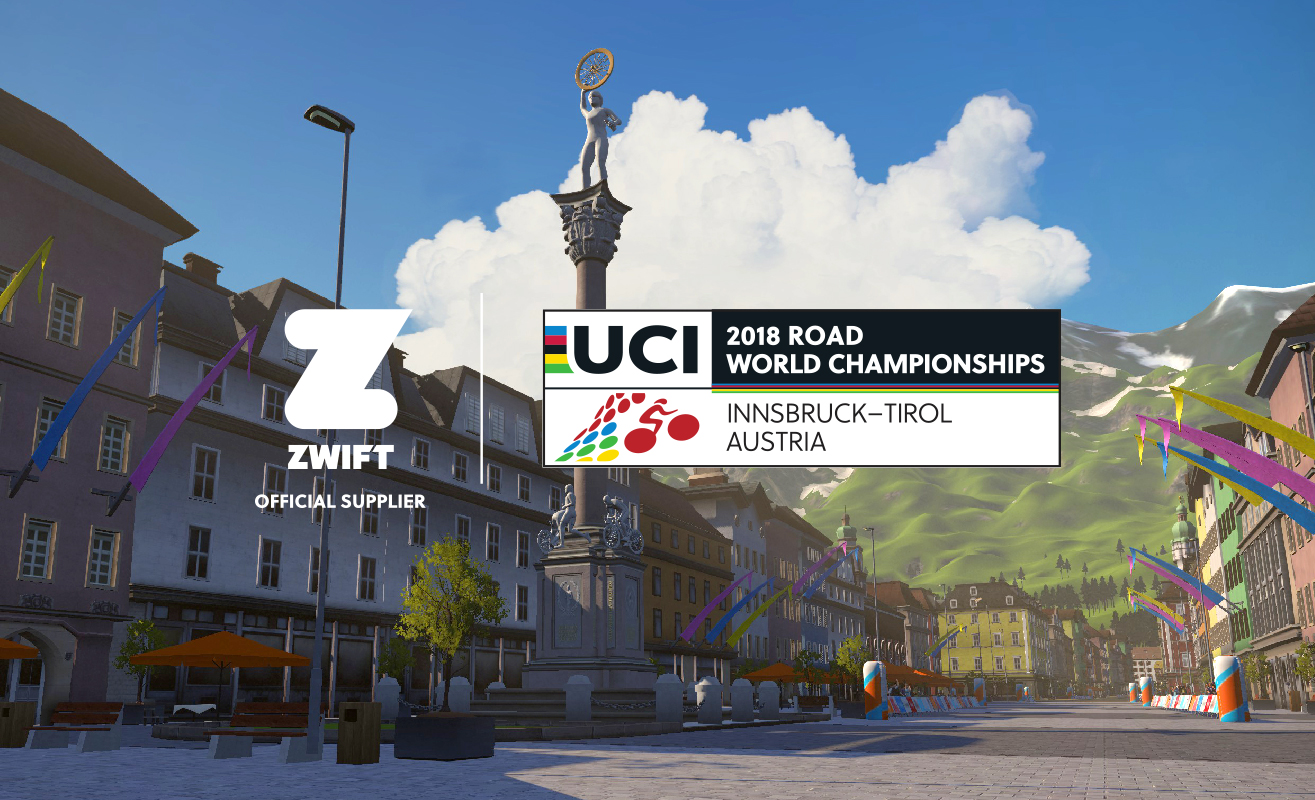 And you can recon the route right now.

The Zwift map gives you the rare opportunity to train and get a feel for the Short Lap of the 2018 UCI Road World Championships course from home, a serious advantage. Hammer the sprint. Pace the climb. Do it again and again, and you’ll be an expert on race day.

Are you ready to compare times with the best?

“The lead contenders will certainly be performing course reconnaissance in the coming months... However, what is new is the ability to repeatedly train on a key segment of the course and understand when the best moments to attack will come... And it will be super motivating to prepare alongside Zwifters from all over the world”.

And if you simply want to ride or run, you’ll still love Innsbruck. Check it out.

With the Inn River on one side and the Nordkette mountain range behind, the city has a character all its own. Glide past Tyrolean homes, Imperial palaces and historic sites like the Kufstein Fortress. 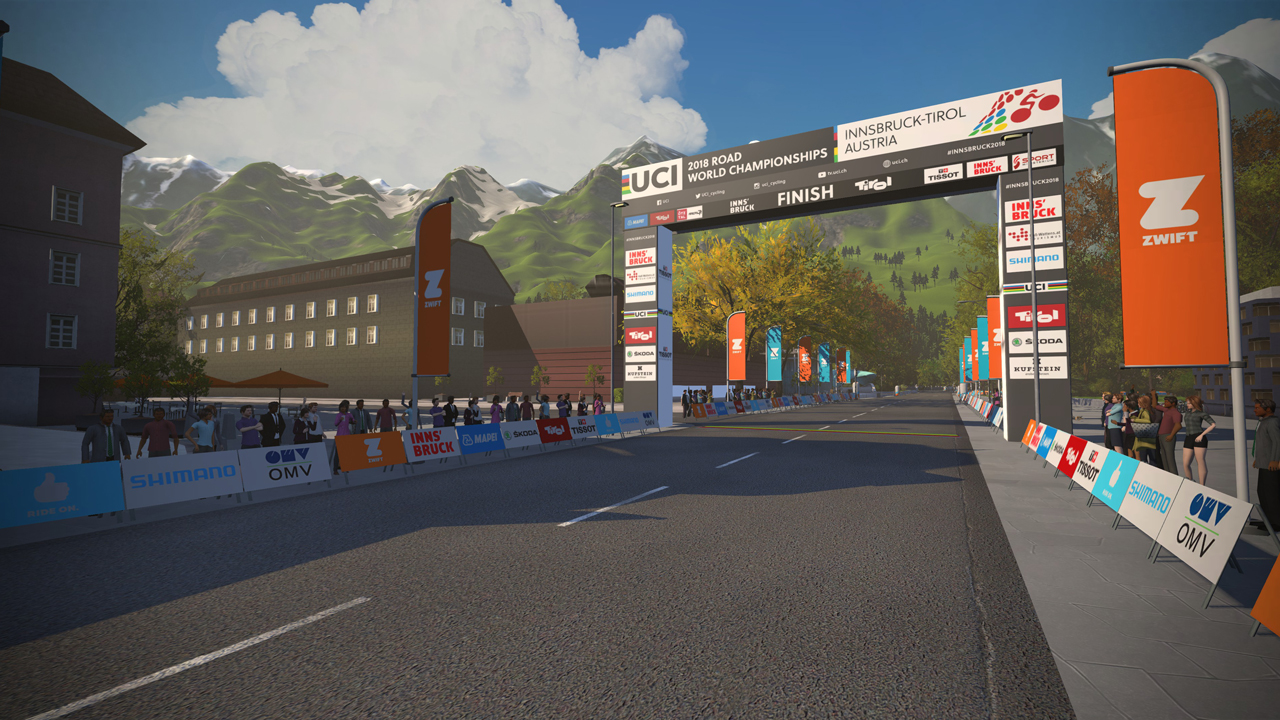 Pedal through the Old Town of Rattenberg and surrounding countryside. Warm up on the flats, then leave the city for the course climb. This map has everything you want in a Zwift course.

To build Innsbruck-Tirol UCI Road World Championships, we did a recon mission of our own. We flew a team of riders to Austria to travel through the city with 360° video equipment — strapped to their heads— to plot and chart distances and measure climbing gradients. “Filming presented its own challenges, starting with making sure the camera had charge,” said Tom Harris from our London office. If Google Maps came up short on the GPS front, the footage helped us fill the gaps.

Click here to listen to the Zwift Coaching Podcast, where Greg Henderson gives a behind-the-scenes account of the recon of the real-life course. Coach Hendy shares his extensive experience from 15 World Championship Races and how the pros will tackle the Zwift and real-life Innsbruck courses.

We ended up with a course that replicates the 2018 UCI Road World Championships Short Lap course meter-for-meter, with buildings and sights to keep you engaged at all times. “The mountains themselves are quite imposing, whereas the city centre is really vibrant, especially on the promenade,” Tom added. 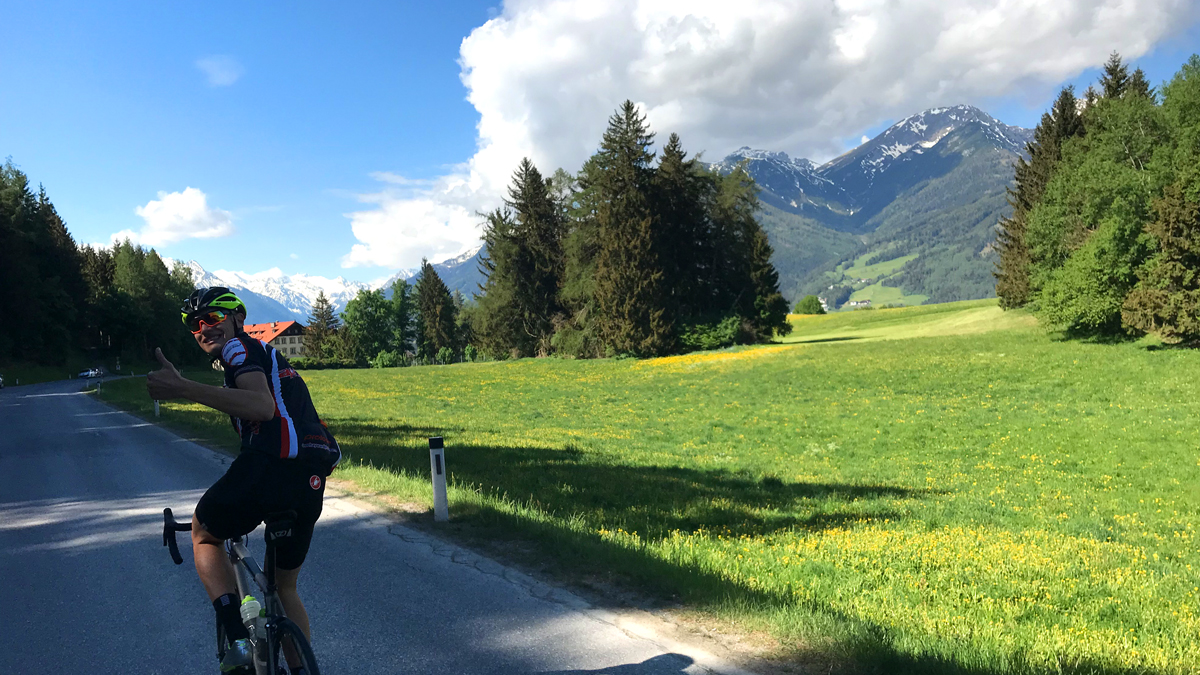 Landmarks like Kufstein Fortress, Ötztal Area 47 and the Olympic Ski Jump were rebuilt and designed by our expert graphics team. Never-before-seen village buildings were added, trees and prop textures got refreshed, and Innsbruck monuments got a Zwift facelift. Speaking of faces - don’t skip the climb. The monument at the start is literally jaw-dropping.

The new Innsbruck-Tirol UCI Road World Championships Course won’t go away after September. We will keep it in rotation with the other worlds to always give the community variety in our ever growing Zwift universe.

Nutrition for Indoor Training with SiS over 4 years ago