This isn’t your typical professional distance runner, Calum embraces challenges by seeking out the world’s toughest running events.  This year alone Calum won The Woodlands Marathon in Houston, TX, Wings for Life race in Quito, Ecuador and finished 31st at the famous Comrades Marathon in South Africa. Calum is a level 14 Zwifter and has logged over 450 miles this year on Zwift running, that’s 95 slices of pizza! Oh and by the way he also owns TWO Guinness world records for the fastest marathon and half marathon run while pushing a stroller.

We caught up with Calum who recently competed in The NYC Marathon. Read on to learn more about Calum from our Q and A. 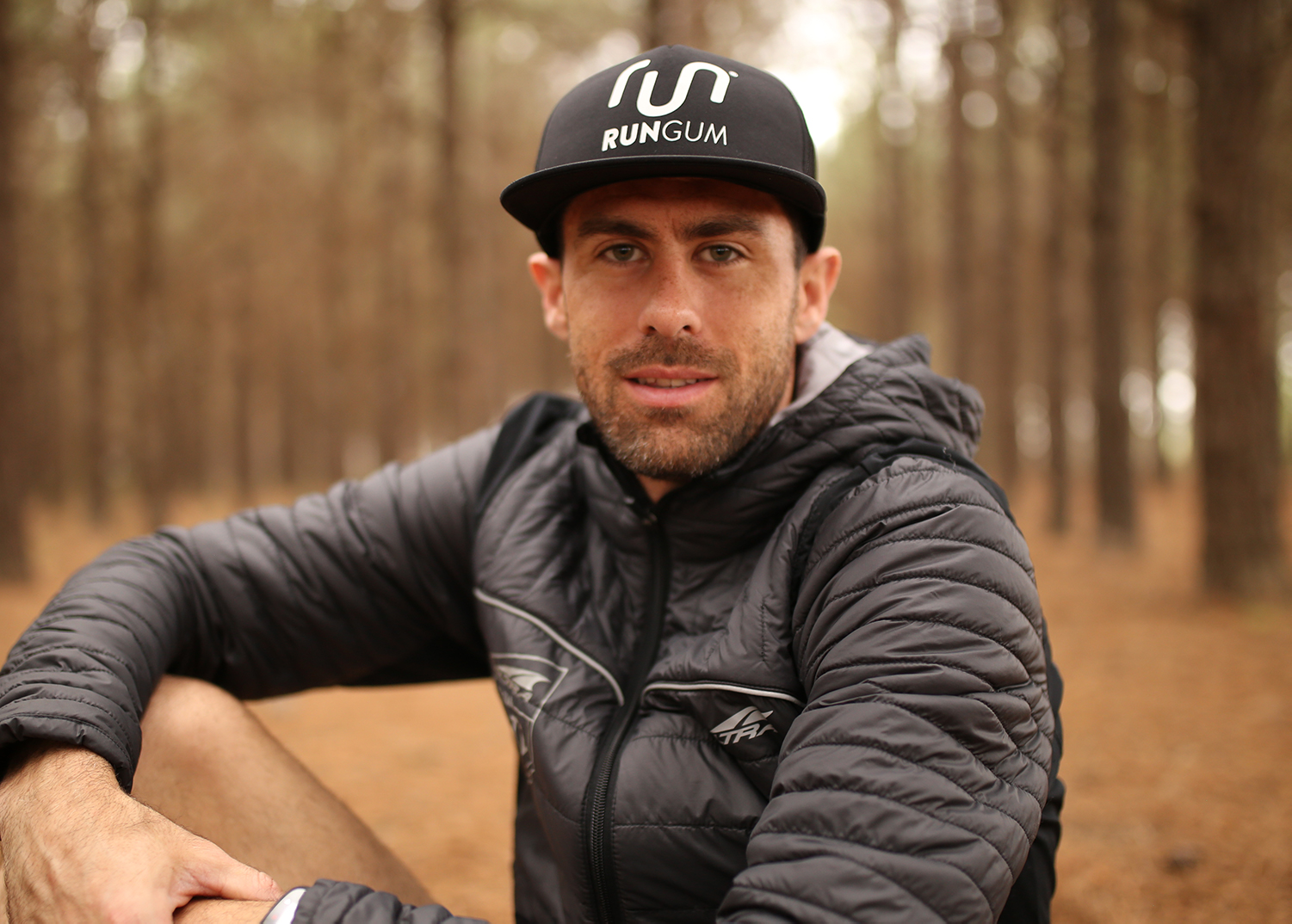 How did you start running on Zwift?

My assistant coach from college, Leah Thorvilson, was a professional marathoner who got into cycling after some chronic hamstring injuries. I followed her success winning the inaugural Zwift Academy pro contract and racing around the world with the Canyon/SRAM Team. Around that time I suffered my own injury after being hit by a vehicle while on a training run and started cycling on Zwift to stay fit while my fractured fibula healed. 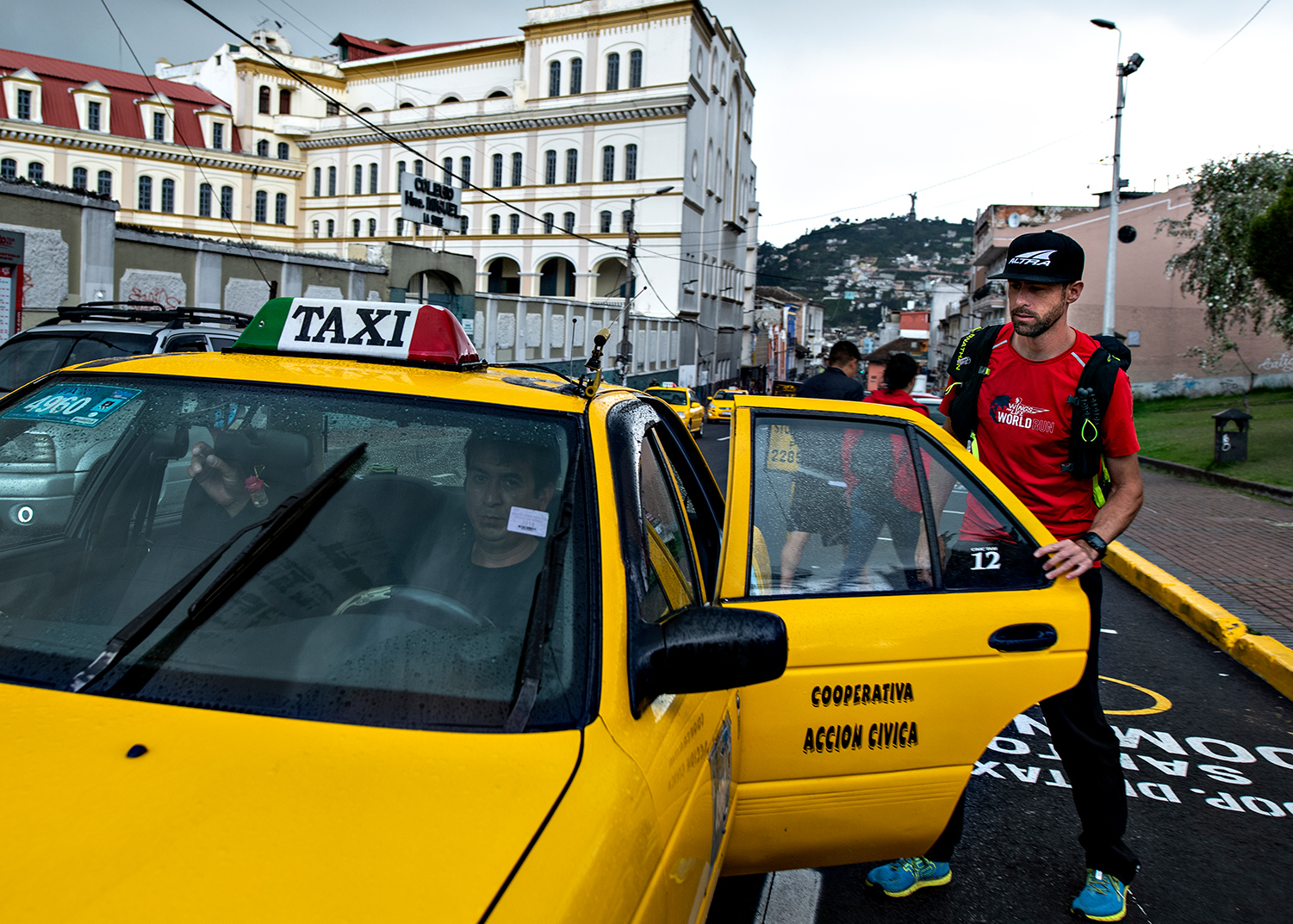 After the car accident, how did Zwift help with your return to racing?

Through most of December 2017 and January I was limited to low impact activities and also very hesitant to be back on the streets. I stuck to Zwift Cycling and another no impact exercise machine, the Octane Fitness Zero Runner which I’ve also managed to use for Zwift running. The run portion was just in Beta mode as I started back on the treadmill. As a father of three girls and working a full-time job, bringing my exercise into the home is not only safer but allows me to get it done. I actually really enjoy the treadmill form a training perspective, it allows for very specific uninterrupted work and a focus on efficiency which is key to marathoning. It also gives me access to hill training which I don’t have here in Houston.

I started racking up actual running miles on Zwift the day after the Houston Marathon in January, it was the race I was going to target for an attempt at the 2:19 IAAF standard (2:19 is the Marathon standard required to compete in the IAAF World championships and Olympic Games) but instead watched from the sidelines. Fitness transferred over well from the bike and running form came back quick despite pushing through a few lingering effects from the accident. After only six weeks I decided to jump into a race and ended winning The Woodlands Marathon in 2:30! I was back!

You recently raced NYC Marathon, how was your build up to the race and experience?

NYC opportunity came out of the blue from my sponsor Altra Running, they had an entry and I couldn’t pass it up despite not being quite ready to race. The final month I developed a calf strain from racing on wet roads (the joys of Houston humidity) which I pushed through and ended winning the Runnner’s World Festival Grand Slam - a trail race, 5k, 10k, and half marathon all in the same weekend totaling the marathon distance which my cumulative time was 2:25, this was two weeks before NYC.

Did you use Zwift to prepare for NYC? If so how?

I’ve continued to use Zwift Run and Cycling all year as it's so convenient and extra motivation for me late in the evening when I still need to workout for the day. The recent improvements to the running portion have been a lot of fun including the release of the NYC map just shortly before I left for the marathon. Central Park in the game is incredibly real to the actual thing! Workout Wednesday have been a lot of fun as well, the interval sessions give you a visual goal to run through with the added camaraderie in a virtual group setting. 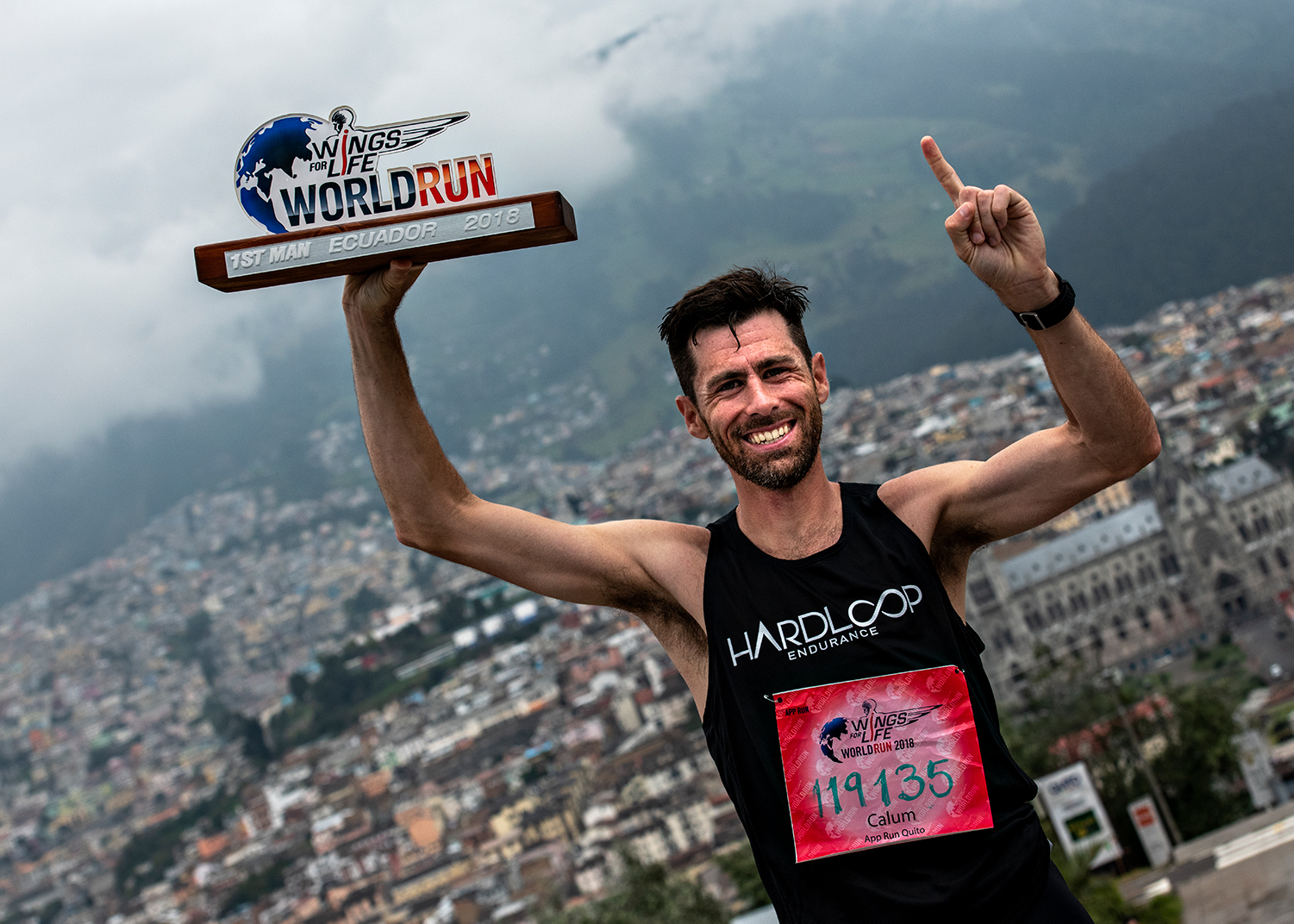 Which mile of the NYC Marathon did you start to feel the hurt? And how did you get through it?

I came through the halfway split in 1:15 flat, way faster than I intended on running that day but the effort came easy. Shortly after that point, as I was going up one of the many bridges I felt my calf strain (the one that had been bugging me prior to the race). I thought I was done and backed off to see if it would release. Now, well into a big bridge climb, a fellow runner, the Mike Warding, tells me to push through. Often times, especially in ultra running, doing the counterintuitive thing however stupid it sounds tends to work, like all-out sprinting during a bonk. Well I pushed through as we hit the famous and busy 1st Avenue stretch and the calf pain went away and continued to feel good the rest of the race. Mike and I ran stride-for-stride the rest of the way for a 2:34 finish as I was able to return the encouragement favor for him in the final miles. As with anything in life, marathoning, relationships - having someone there by your side to share the experience like I do with my daughters in the gym or stroller, or Mike in NYC, and also be there for each other during low points can make all the difference in truly enjoying the experience to its full potential.

This weekend I return to the Cajun Cup, the first race I ever completed in 1988. I will be celebrating my 30th running anniversary by watching my two eldest daughters, Alessandra and Holland, run their own kids race before I push the youngest, Maya,  in the stroller for the 10k, I still need a Guinness World Record for that one (the older two both joined me for the 1:11 half and a 2:31 marathon records). I will then be focusing on the marathon to go after the 2:19 standard, likely in Houston and Boston before heading back to the greatest race I’ve ever experienced, Comrades, a 55 mile road ultramarathon in South Africa with 20,000 runners and an entire country cheering. 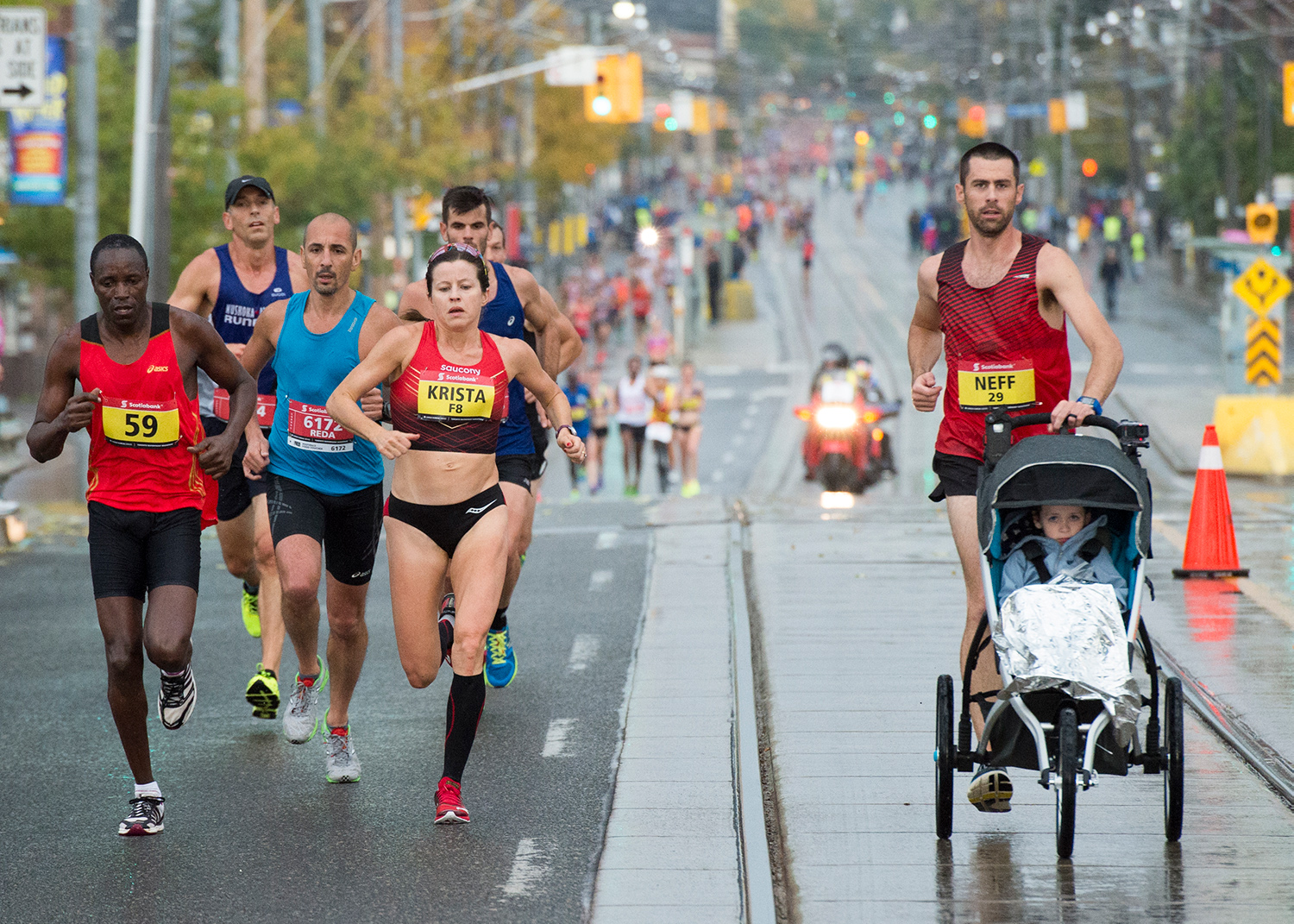 Favorite route to run on Zwift? Why?

Having just returned from NYC the new Central Park map with all its Fall colors is just incredibly accurate. My kids are usually playing in the gym while I Zwift and even cycling alongside me with a retrofitted kids bike on a mag trainer, they love the volcanoes in Watopia. The new running only routes along the beachside have also been great for when I don’t feel like racing bikes up the mountain!

You can commonly find me in the A group for Workout Wednesday intervals or finishing off my weekly mileage on Sunday evening.

Are there any workouts you do strictly on a treadmill that you couldn’t do outdoors?

Living in Houston and training for mountainous races I have to get a majority of my incline and decline work done on the treadmill. Also the Houston summer (May through September) can be very difficult to train through outside due to the heat and humidity so the comfort of air conditioning allows me to keep the quality up during this time. 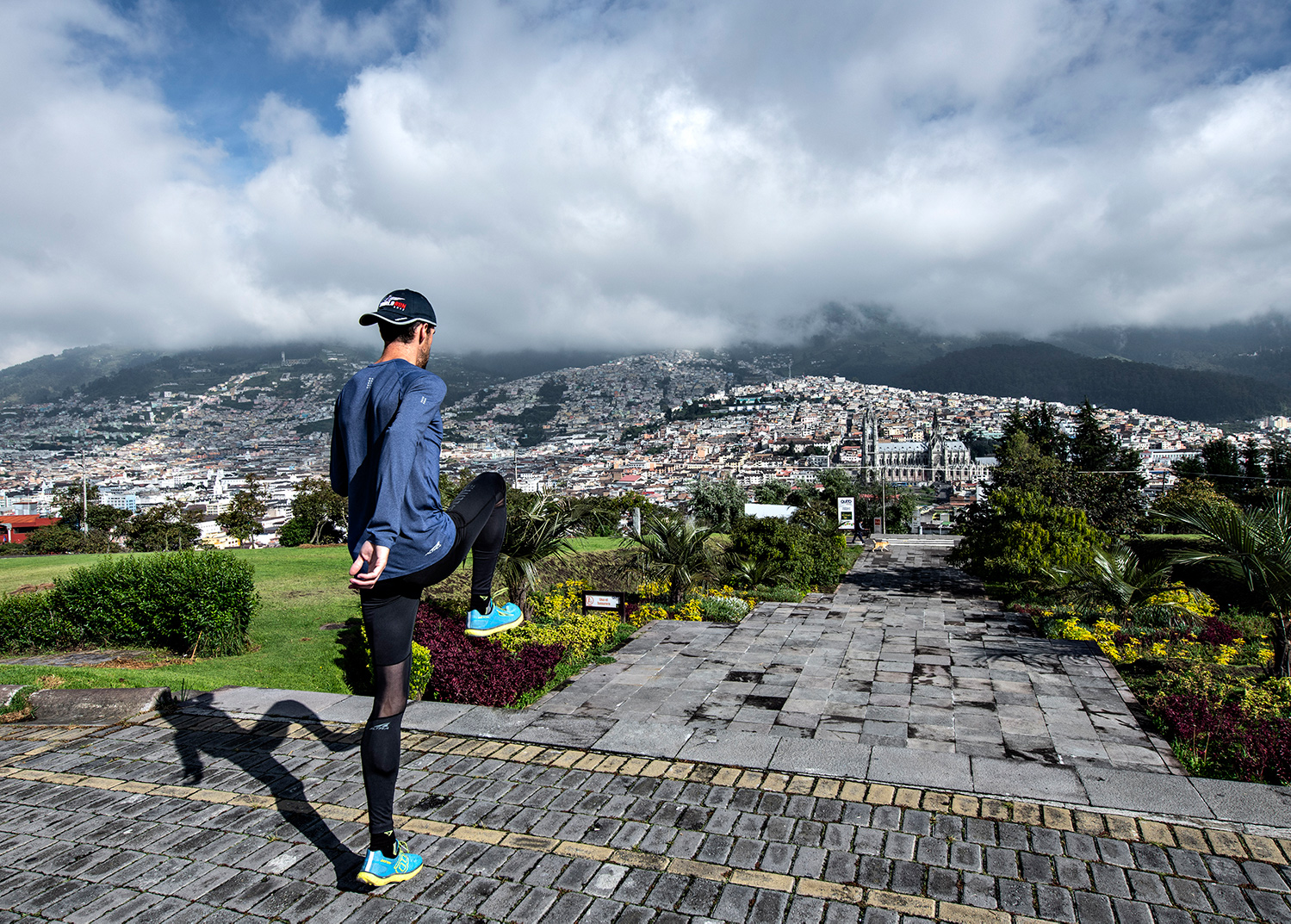 What do you listen to while running?

Friday nights we’ll do a special movie night where I’ll setup a projector on the wall and the girls will all watch a movie while jumping around on the exercise mats. Other than that I recently started listening to audio books to catch up on “reading” but when I’m working hard I’ll bust out the hard rock, if you hear Queens of the Stone Age you know I’m deep in the pain cave. 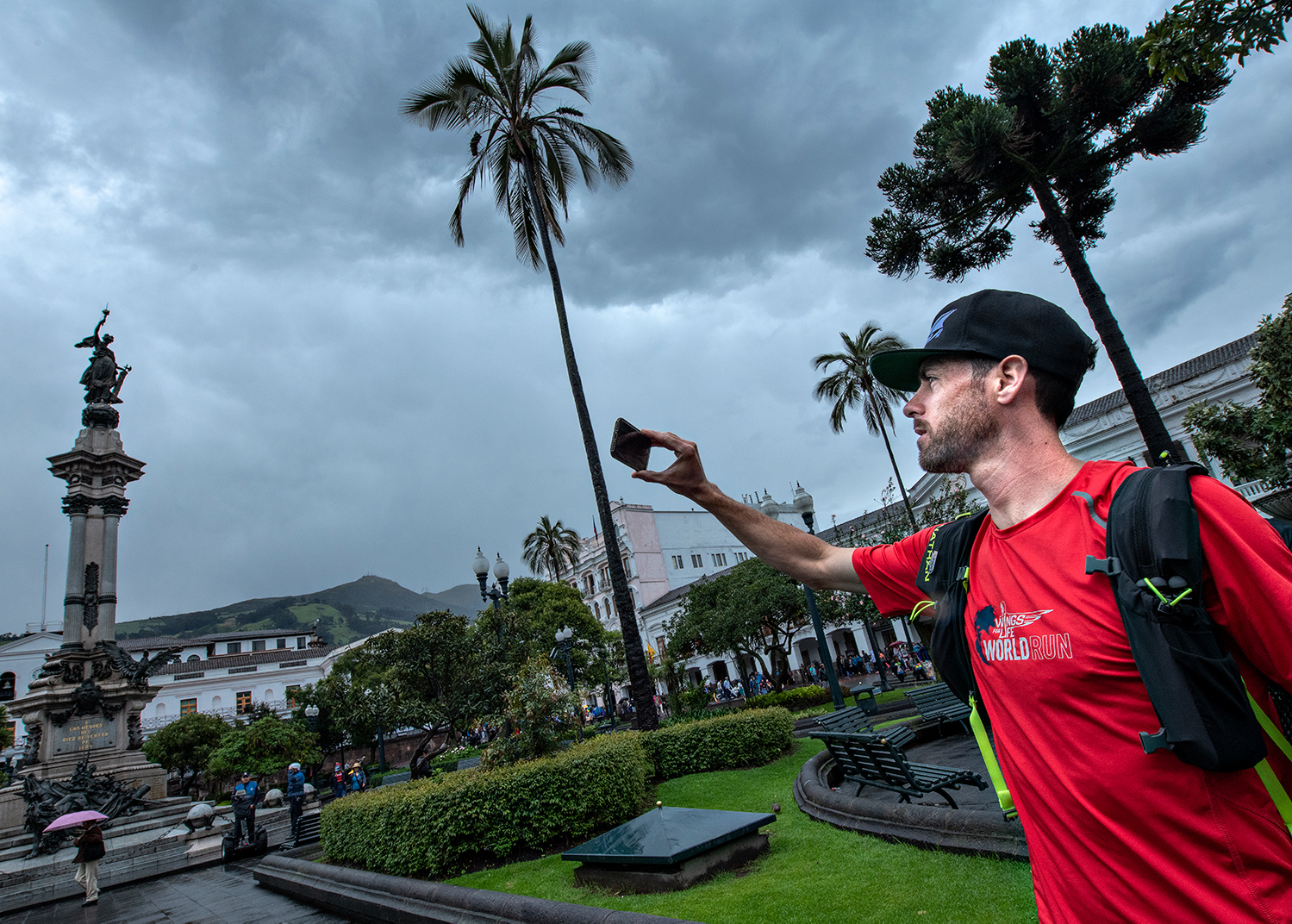 What's﻿ your favorite distance to compete in?

The road 50k distance has been a favorite for me, it's very similar to the marathon but that extra 5 miles really levels the playing field and gives me an extra competitive edge. It’s also a challenge to get right so it keeps me coming back for more. I’ll always be a miler at heart but wow those hurt too much now!

Out of all of your races and accomplishments, which one is the most rewarding to you and why?

Running with my daughter Aley, who was four at the time, in the Toronto Waterfront Marathon where we broke the Guinness World Record for marathon with a stroller running 2:31 was one of the best performances of my life. Made even better because it was shared every step of the way, including training. It was such an important bonding time for us the months leading up the race, the father-daughter dynamic is so much different without mom around, and it gave my wife a break too. The record was icing on the cake to an already special experience. 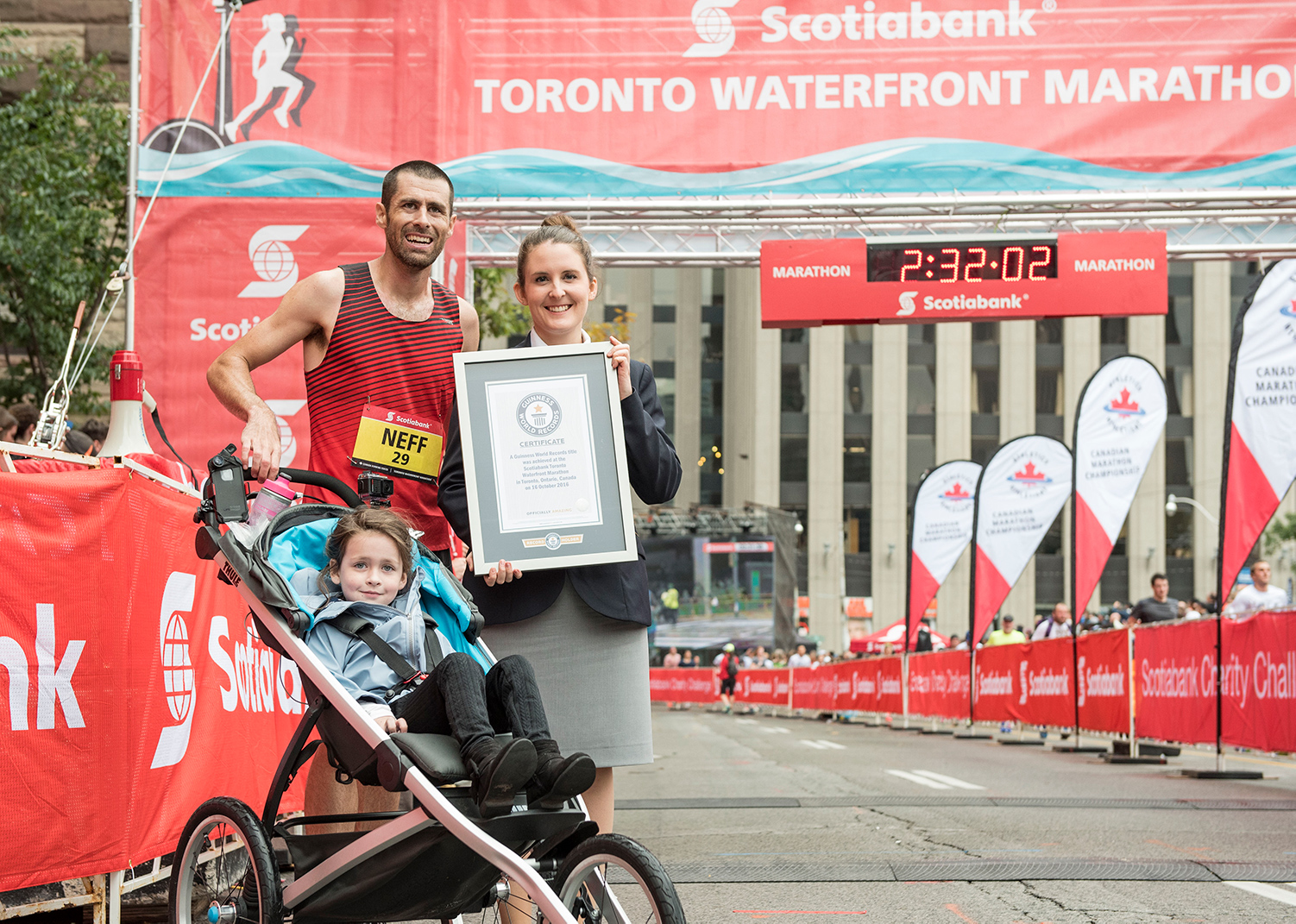 I won’t be able to handle the dynamics of two of three daughters having world records so we’re working on that! Look for us in the 10k as well as some double stroller runs too. Individually I’ve had my eyes set on some treadmill and indoor track records, distance challenges, and few so crazy I can’t share quite yet… you’ll find me on Zwift running as usual and also cycling more as I integrate that into my training - its already led to some very intense track cycling races this summer at the velodrome so possibly look for me branching out in sports soon.

I hope to share some similar moments with everyone on Zwift soon, Run On! 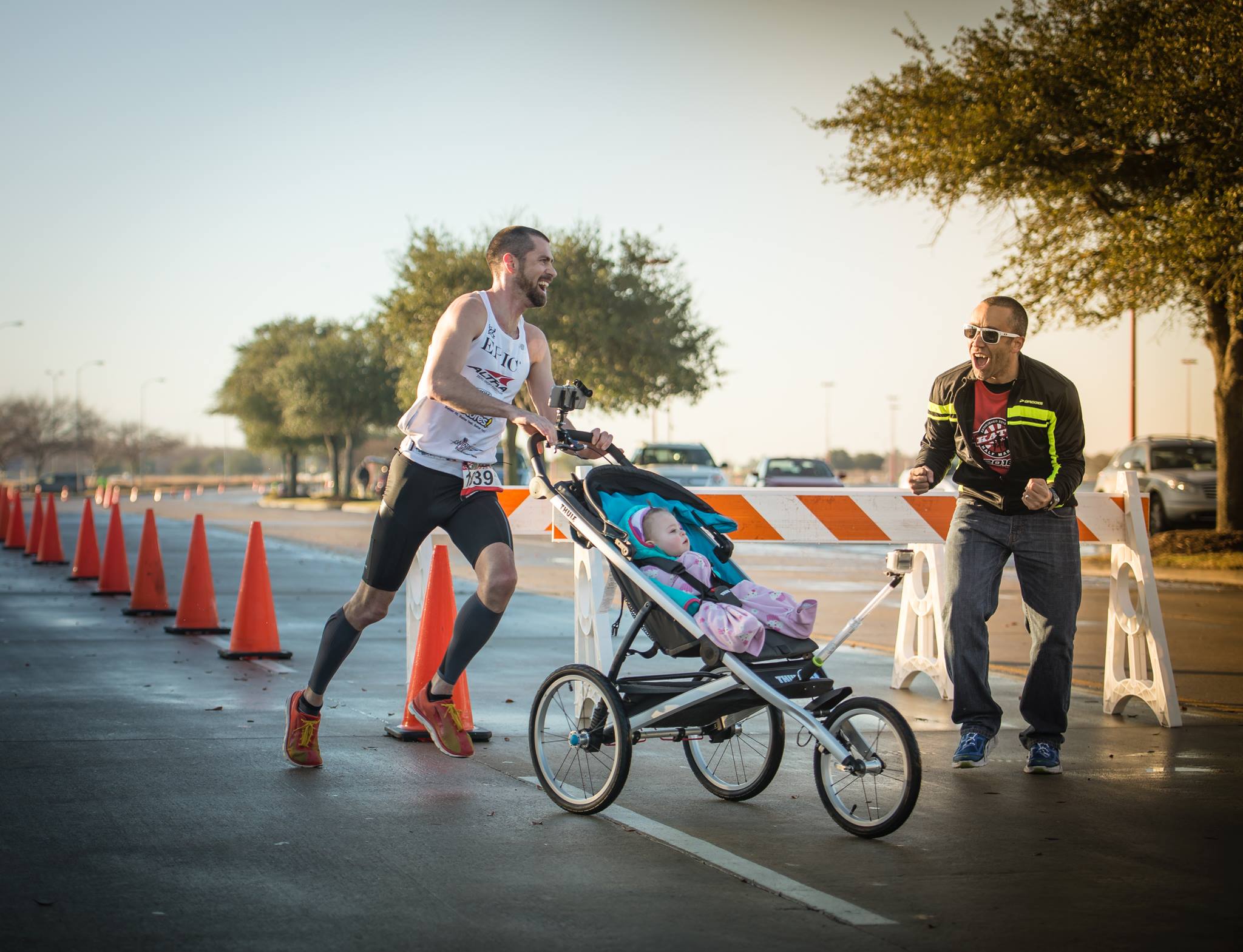 Zwift in NYC over 4 years ago